Ryan Thibodaux, Gamma Iota (LSU) considers himself a life-long Pi Alpha. After cycling the Journey of Hope North Route in 1996, the trip has continued to influence his life nearly a quarter-century later.

“I can’t reflect on any part of my adult life without appreciating how my experience with the ’96 JOH North team shaped me in so many ways,” Thibodaux said. “My closest friends, though spread around the country, are fellow Pi Alphas that my kids call ‘Uncle!’”

Even during a global pandemic, Thibodaux expressed his passion for supporting people with disabilities this summer and helped The Ability Experience continue its mission from the seat of his bike from home.

“The moving of all Ability Experience events to virtual was clearly the right thing to do,” Thibodaux said, “but the idea of no cross-country trip was very unsettling to me. The Journey of Hope is an annual pilgrimage that means so much to so many.  And I don’t do virtual well, so I studied the JOH 2020 route and picked out some miles to ride.” 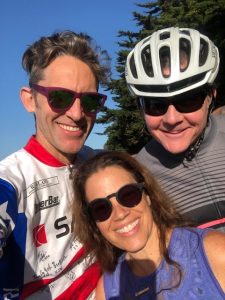 Motivated to serve, Thibodaux stepped up as a leader on the team and influenced the Virtual Journey of Hope experience with his spiritedness.

“I knew that if I could get things started, positive things might follow,” Thibodaux said. “I also know how much a story resonates and energizes people. You find stories once you find adventure. I went seeking adventure and the stories followed.”

Thibodaux’s experience on the 1996 team has led to his success as a professional and in his personal life. As a servant leader, he understands the importance of taking small steps to making large-scale change in the communities he has served. 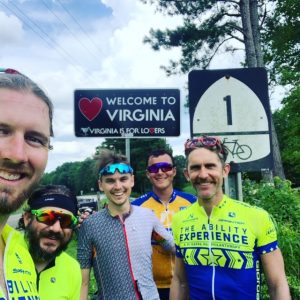 Thibodaux doesn’t just serve in a volunteer role with The Ability Experience; he contributes monthly as a member of the 77 Society. Knowing how impactful the programs he helps fund has been on his life motivates him to contribute to future generations.

“Giving is a way to ensure the next generation of Pi Kapps has the same programming available that has brought so much meaning to my life,” Thibodaux said. “It gives me a sense of pride to know that my monthly contribution to the 77 Society fuels those programs.”

Just as how he took the Journey of Hope one step at a time, Thibodaux makes his impact as a donor by making a small 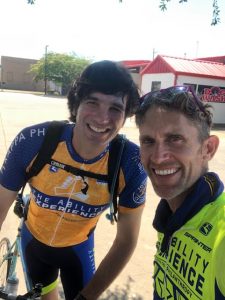 monthly contribution to The Ability Experience, which creates lasting change over time and continues to create more opportunity for people with disabilities with each gift.

“The most humbling thing you can do for an organization that has given so much to you is to return the favor and support the mission,” Thibodaux said. “It’s not about wearing a logo emblazoned t-shirt, it’s about wearing the pride of a Pi Alpha in your heart.”

Knowing the future of the organization is in good hands, Thibodaux continues to inspire as he looks forward to future events, virtual and in-person, from The Ability Experience.

“I continue to be impressed by the focus on service directed by our great fraternity,” Thibodaux said. “We will continue to create great leaders if we continue to focus on organizing acts of service.”